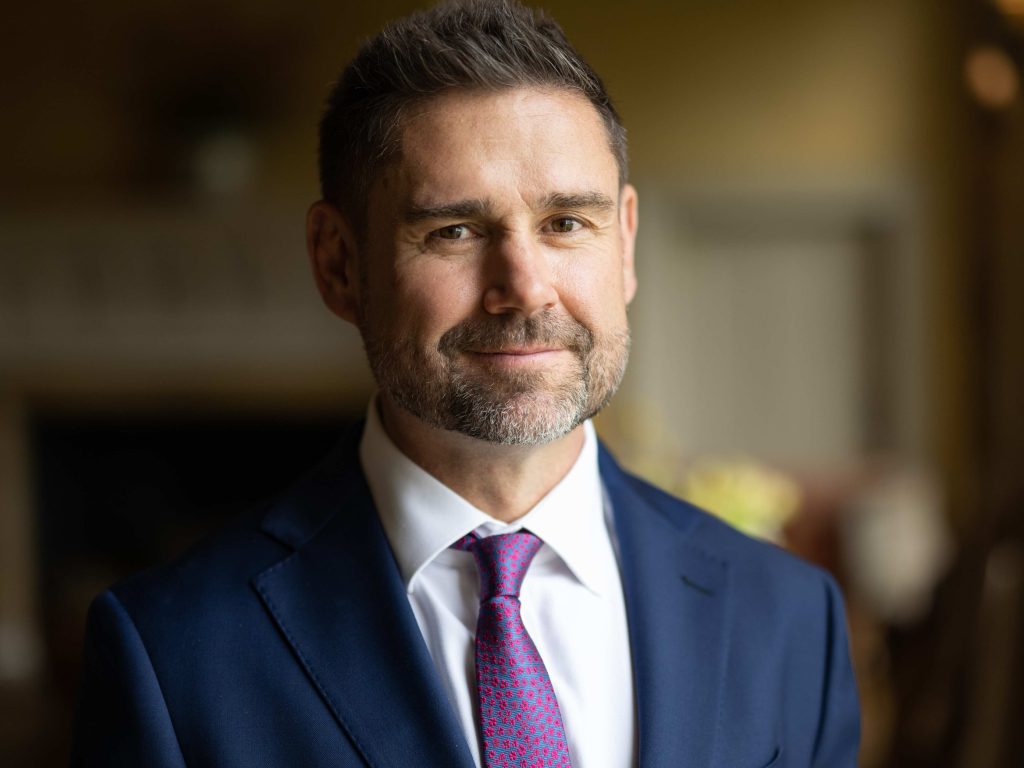 Eaton Square Senior School is delighted to announce the appointment of their new Head, Dr Adrian Rainbow, who joins the School in January 2023.

Before being appointed as Headmaster at Eaton Square Senior School, Dr Rainbow was Headmaster at Hampton Court House since 2021, prior to that he was a Deputy Head at Sevenoaks School where he oversaw the school’s co-curricular provision, experiential learning, and service and partnership programmes. Previously Dr Rainbow played American Football professionally. He was an All-Canadian quarterback during his time at the University of British Columbia and was drafted to the Montreal Alouettes in the Canadian Football League in his senior year. After a brief stint in Montreal, Dr Rainbow transferred to Germany where he played ten seasons in the German Football League.

We spoke to Dr Rainbow about his career to date and what drew him to the role at Eaton Square Senior School, read on to find out more…

Why did you first pursue a career in education?
At the risk of sounding platitudinous, I wanted to make a positive difference in the world. I am unashamedly idealistic about the power of education in transforming young people’s lives and transforming society for the better. Being involved in education is an immense privilege and I knew it would provide me such a sense of purpose. Also, as both of my parents were headteachers, it was clear to me a long time ago that education was in my blood!

What drew you to the role at Eaton Square Senior?
In addition to its excellent reputation and being one of the flagship schools in the Dukes family, it is clear that ESS it at a really exciting point in its journey. Caroline Townsend and the rest of the team have built the foundations for an exceptional school with so much potential and I was attracted to the idea of leading Eaton Square into its next innovative stage.

What were your first impressions of the school?
The beautiful building impressed me greatly (as a Canadian I am in awe of Britain’s historic buildings), but I was more impressed by the ES community. The pupils, staff and parents all welcomed me warmly, for which I am extremely grateful. It was also clear to me from my lesson observations and discussions with staff that there is a fizz and vibrancy in the school, which I am very much looking forward to engaging with.

What is your proudest career moment to date?
Becoming a headteacher. It is with such a sense of honour and privilege to be trusted to lead a community, especially a school community with such high stakes. I accept this responsibility with a strong sense of humility but also with a great sense of pride.

What was your favourite subject at school?
This is a close tie between PE and English Literature. I loved all sport at school but also how literature could transport me to other worlds and teach me so much about what really matters in life.

What are you currently reading?
Fiction: Resistance by Owen Sheers.
Non-fiction: Imagine If… Creating a Future for Us All by Ken and Kate Robinson.

What do you enjoy doing in your spare time?
Apart from when I am reading, cooking or playing whatever sport I can, I am happiest spending time with my wife, Miriam, and our two boys, Finley and Osian.

What issue in education are you most passionate about?
This is a difficult one as there are so many important issues I feel passionate about; from sustainability to curriculum design, experiential learning to all the grand questions revolving around the purpose of education. However, fostering service and social responsibility in our young people would edge out everything else. Ultimately, I am passionate about empowering young people to become their best selves, but always with a strong sense of responsibility and personal commitment to helping others and enacting positive change in society.

If you weren’t in education, what would you do instead?
I cannot imagine a world in which I would not be involved in education but I think I would either be involved in the third sector or working as a journalist. I am also attracted to the romantic idea of running a book shop

Categories:
General, News, Online, Senior
Back to the top