Trip to Scientist Live Exhibition at the ExCeL 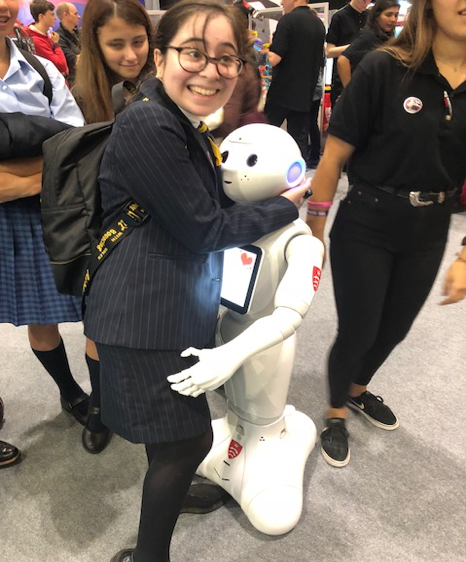 On Thursday 20 September, eighteen students including myself and two members of staff attended The New Scientist Live Exhibition at the ExCeL. There were five zones to explore: the cosmos, earth, humans, technology and engineering.

In the Earth Zone, we looked at the first signs of climate change and why the deep ocean could solve the antibiotics crisis; if today’s crops are less nutritious, how gene-editing benefits farming, why drones are conserving wildlife and the latest dinosaur discoveries. We looked into the depths of the ocean to the summit of volcanoes.

We were hugged by a robot, we looked at spacecraft design and smart cities; the world’s biggest wind turbines, supersonic planes and fusion energy. We also made moving vehicles using hydrogen fuel. We looked at our bodies and mind in a way not seen before, such as using virtual reality to travel around the inside of a brain. There was virtual reality to learn about the science behind rollercoaster design, with scale models allowing you to strap your phone in, launch the special app to record velocity and acceleration data, and compare this to data from the simulators, or real life rollercoasters. There were also guest speakers who talked about areas of their field, such as, what can be done about plastic, how maths can be used to prevent AI from overtaking the world etc.

It was a thoroughly enjoyable and informative trip which I would definitely like to attend again next year.

Written by a Year 10 Student.

Categories:
Senior, Trips
Back to the top
You're Invited!