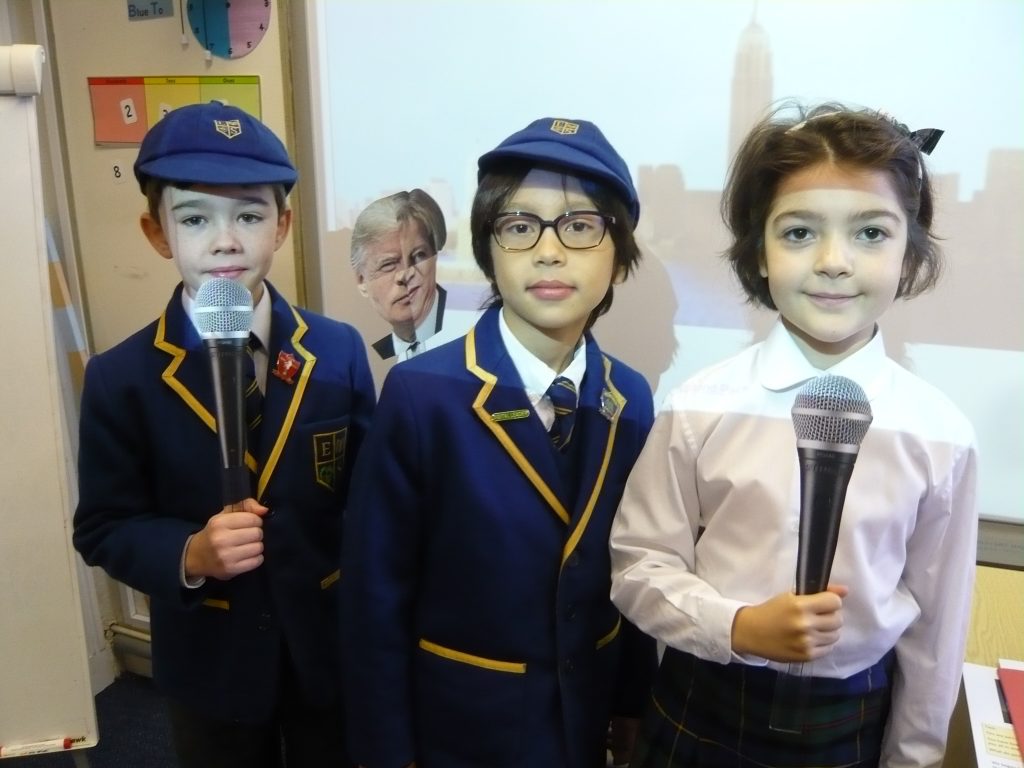 The Year 4 THINK Group was given a crucial task to debate whether they should respond to the alien contact whilst bearing in mind the implications this would have for their country and the world. They had to think fast and be confident in their debate and give alternative ideas if they thought that responding to the aliens was a bad idea.

Some excellent arguments were put forward, including the benefits of gaining new knowledge, culture and technology.  Also debated was whether the threat was too much to risk and how we could protect the people of Earth.  In the end, the ‘President of the World’ (see picture) made the final decision.  Can you work out who is represented in the World President’s face?!

Categories:
Clubs, News, Prep
Back to the top
You're Invited!

We warmly invite you to our Senior School Open Morning on Tuesday 7 February at 9.30am.

We are delighted to be offering a limited number of 100% bursaries to more able students who are academically high achieving for Year 12 – 2023 entry, email admissions.senior@eatonsquareschools.com for more information.